Last week the association was at the WESCO District Macho Volleyball Tournament in which 14 schools were represented at the Tournament. The tournament features many athletes most of them Seniors, since to qualify you have to go through another tournament put on by each school. To help with the fun of the tournament the nets are at girls height. Towards the end I met a young man who was downtrodden after his team had lost in the quarterfinals. This student looked shocked and stunned, staring into the distance. I knew who he was, that he played for Space Needle, the high octane club that produced Matt West, and I sat with him and told him he was slightly overreacting because in a week and a half he would be playing on guys size nets against competition that would make this brand of volleyball look childish at the CEVA tournament which features about 10 teams traveling from across the northwest. It cheered him up slightly but the reality set in as a friend from his High School, the other dominant volleyball player on his team a non club member, sat with him and began to nudge him toward leaving.

The truth is the student athlete wanted to win this tournament more than he wanted to win any other local tournament this year. Hec, he may have wanted this low level tournament more than the National USAV boys tournament. What makes it so different? Even if his team wins the Gold/Open highest level (not sure what they call it) U-18 bracket, no one at his school will know. He could tell them, and then they may look it up, but other then that, no one knows. However if he won this tournament, maybe not everyone at the school, but at least a larger portion would know, and he would have been the best player on that team. SNVF may win this weekend, and they have a good shot of doing it, but again, I will know, his family will know, the volleyball at large community will know, but no one at his school will know. That is what makes high school sports so important to the student athletes, more then varsity letters, jackets, or gym bags, is the fact that there community knows they are good at something.

List of Schools that Competed in order of finsih:

Team Hodgepodge, made up of folks from the Seattle and Portland area, played together for the 1st club tournament of the 2014 season. The tournament held at Evergreen High School in Vancouver, WA was great for the kids. There were about 9 full teams and the play varied from novice to elite. No official tournament winner was announced due to the format of the tournament, but all the kids had a great time. Photos from the event can be found here.

Nicholas Tonel a Sr from Odea High School, Luke Frost a Freshman from Interlake and Owen Macauly a freshman from Odea represented the Pugent Sound Region admirably, and were joined from Freshman from the Vancouver, Portland, and Salem area. Thus the name Hodgepodge was formed. The next tournament will be on March 15 at Huntington Middle School in Kelso, WA. If you are interested please fill out the form below.

In response to getting kids into USAV tournaments, the Association is creating a low cost Club Team. There will be no practices, the coach, The Commissioner will be volunteering to coach the team. The cost will be $35.00(USAV membership fee) + team registration. The coach can carpool up to 6 team members for transport to tournaments. Tournaments will be local, south as Portland, East as Spokane. For each tournament we will add you to our team and afterwards you will be released from the team, so you can play on more formalized club teams. To find out more click here.

The first tournament is on Sunday January 26th. Here is the release from CEVA concerning the tournament:

All-American Mik Berzins will coach a clinic from 9-10 am before our first boys tournament on Sunday, January 26, 2014 at Evergreen High School in Vancouver, WA. Have you registered yet? http://www.cevaregion.org/boys/ceva-boys-tournament-registration

Mik is currently the Graduate Assistant coach at Oregon State University. Mik came to OSU after an All-American career at Ohio State from 2009-12. He is the programâ€™s all-time leader with 902 digs and is second in digs per set at 2.23. He is a native of Brinklow, Maryland and was named a third-team All-American in 2012 by Volleyball Magazine and was a First-Team All-League selection after totaling 278 kills and 235 digs. 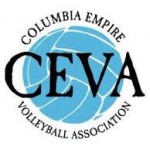 CEVA is the USAV region operating in Oregon and Southwest Washington (Vancouver) and they have a new policy concerning boys volleyball.

Boys Tournaments are open to any boys under 18. Boys DO NOT have to be part of a team to play! They can come as individuals and we will find them a team to play on. They DO NOT have to know HOW to play! Each tournament will start with a 90 minutes skills clinic followed by friendly tournament play. A one time $25 fee covers all 3 tournaments! The only direct cost to attend these tournaments is a one-time $25 CEVA annual Boys membership fee â€“ good for all tournaments this year.

This is a pretty rare opportunity in this age of highly exclusive, highly priced organized sports. Send this info to your friends, your kids, your students and your club parents. They can get more info at https://www.facebook.com/CEVABOYS/events.

Please read this Press Release from YVBA!
If you know any boys that play VOLLEYBALL or would like to learn, this is a FREE OPPORTUNITY TO PLAY!!

Our goal is to keep our core YVBA team playing together while we grow our numbers. Since boys VB is new to this area, we are seeking to introduce our sport to as many boys as possible. With this in mind, participation in the Winter practices will be free of charge. These practices will be open to any boys interested in learning the game and/or preparing for the Spring season. Please pass this info along to any other 12U, 14U or 16U players who also might be interested, all are welcomed.

We have already secured our regular Sunday afternoon time slot (3-5) and are seeking to add more as soon as we know what openings there are in the gym. Here is a list of the confirmed dates so far:

Our practice facility is at St. Anthonyâ€™s School in Tigard (12645 SW Pacific Hwy).

I hope to see you this weekend,
Coach Wade

Watch as teams from Tumwater High School and Prarie play each other in a CEVA tournament.