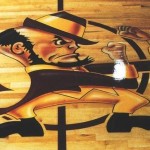 Renton, WA – Today O’dea High School became a full member of the association. Â  After years of back and forth, O’dea High School officially announced its intent to form a volleyball club. Â  They will participate in the upcoming 2014 fall season. Â Jose Martin, the person spear heading the initiative was elected to the board as well. Â This brings the board up to 4 members, with one more open position left, the board is starting to take shape.

Also instrumental were the parent organization and the other staff at the school that were in favor of starting the club.

The full press release can be found here.